Despite concerted efforts, physical inactivity remains a major public health concern, especially among older adults who struggle to maintain PA over extended periods of time (de Rezende et al., 2014). PA interventions, particularly goal setting, have shown promise because the experience of setting and achieving goals promotes self-efficacy, a key predictor of PA behavior change (Shilts, Horowitz, & Townsend, 2004). In addition to this individual-level approach, interpersonal approaches such as social support also have promise for improving PA (Berli, Stadler, Inauen, & Scholz, 2016). However each of these approaches alone have had limited success. Currently there is a significant gap in PA intervention strategies that activate and maximize older adults’ available social ties to promote PA behavior change and maintenance.

Our conceptual framework for examining the effects of a dyad intervention on PA behavior change and maintenance is informed by social cognitive theory and interdependence theory (Bandura, 1997; Lewis et al., 2006). In social cognitive theory self-efficacy is the primary, proximal determinant of PA behavior, and mediates the association between other individual, social and environmental determinants, and PA behavior (Bandura, 1997). Behavior change strategies, such as goal setting, increase self-efficacy by defining and focusing effort on a manageable but challenging behavioral improvement (Locke & Latham, 2006). Behavioral change strategies that include setting and achieving goals with a significant other have the added potential of enhancing self-efficacy through role modeling and of providing encouragement and support. Drawing on interdependence theory, Lewis and colleagues (2006) conceptualize health behavior change as a process that takes place in the context of interdependent relationships and not solely a product of individual effort. We hypothesized that dyad-level interventions that coordinate interpersonal resources with goal setting techniques will promote PA behavior change. By combining key elements of these theories, we hypothesize that effective support from a significant other engaging in the same behavior change process will enhance the effects of a goal-setting intervention.

We recruited a sample of 31 couples who met the following inclusion criteria: 1) at least one partner 50 years of age or older, 2) partners living together, and 3) at least one partner has received medical advice to increase PA in the past year. We also used the following exclusion criteria: 1) unable to speak and understand English, 2) partner unwilling to participate in the intervention, and 3) failed the screening to identify contraindications to participating in PA or did not receive physician clearance to participate in PA.

Intervention methods included partners randomized (together) into a concurrent individual goal-setting group or a collaborative goal-setting group. At the start and end of the study, each partner was fitted with an accelerometer for 1 week to evaluate baseline and post-intervention PA. All partners attended a group session with other couples in their condition and received information about healthy PA targets and rates of progression for realistic and safe increases in PA. Partners in the collaborative goal-setting group set and evaluated their goals in terms of cumulative number of steps taken by both members of the couple. Each partner in the concurrent individual goal-setting condition set and evaluated her/his own goals in terms of the number of weekly steps taken. In addition, all participants received eight weekly phone calls to assess progress towards goals and assist in setting new goals or revising current goals.

Activity intensity was established using accelerometer cut-points derived specifically for older adults (Copeland & Esliger, 2009). To analyze the data, a mixed-effects (3-level) model was estimated with a couple level random intercept and an individual level random intercept to adjust for nesting of individuals within couple and time within individual, respectively. Change in moderate to vigorous physical activity (MVPA), weight in pounds, and body mass index (BMI) between pre-intervention and post-intervention were evaluated. The change slope was also allowed to vary randomly across individual and/or couples when this random slope had statistically significant variance. In each model, participant age, sex, number of health conditions, income, education, current employment status, and relationship satisfaction were included as covariates.

Twenty-eight couples completed the study. Reasons for attrition included injury (unrelated to the study) and dissatisfaction with the study pedometers. A majority of participants were Caucasian with an average age of 64.8 years and had been married for an average of 35 years. Compliance with the intervention was high. At baseline, nearly all participants (98.4%) had at least the minimum 4 days of valid accelerometer wear time with an average wear time of 838.1 minutes/day.

Our results suggest that spouse-involved PA interventions could be effective in eliciting increases in PA among married partners. Potential for spouse-involved health behavior change interventions are possible because spouses could provide assistance, social support, and feedback to one other to maximize PA promotion, as well as having the potential to improve relationship quality or satisfaction. Few PA intervention studies have been conducted at the dyad-level such as with committed partners (Richards et al., 2016). Additional research is needed to understand effective strategies for increasing PA drawing on the available support of partners or other social network members. Such dyadic interventions should address supportive interactions that may maximize PA promotion. In conclusion, demonstrating the effectiveness of these couple-level PA intervention strategies is an important step toward promoting healthy aging by facilitating a key lifestyle modification that can delay the onset of chronic illness and reduce healthcare costs for older adults, their families, and society.

Popular Works for Richards, Elizabeth A. by View 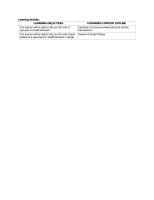 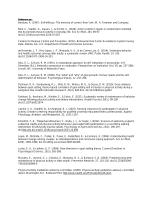