Sarcopenia is the loss of mass and function of age-related skeletal muscle. It is now recognized as a clinical problem for the elderly and research in the area is expanding exponentially. (Sayer et al., 2013).Sarcopenia in elderly is often correlated with physical impairment and disability – with potentially severe clinical consequences including loss of mobility, osteoporosis, increased fracture risk, dyslipidemia, insulin resistance modifying quality of life(Cruz-Jentoft et al., 2010; Coin et al., 2013)

Studies have shown that the ACTN3 R577X polymorphism is the only structural gene for which a clear effect of genotype on muscle phenotypes has been demonstrated, especially for athletic women, there is controversy as to which allele (R or X) plays a potential role " Favorable "in the elderly. The variation of MSTN K153R is arguably the strongest candidate to explain the variance among muscle phenotypes in the elderly, but further research with large cohorts is still needed because of the very low population frequently of the 'unfavorable' 153R allele. (Garatachea & Lucía, 2011).
Recent studies show that a genetic approach, such as genotyping of codon 72 p53 polymorphism, associated with assessment of body composition is highly desirable, to prevent and control the risk of loss of muscle mass or reduction of ASMMI (skeletal muscle mass index Appendicular) in the female population. (Di Renzo et al., 2016).

Also genetic, serum markers have also been associated with sarcopenia including IL-6, TNF and vitamin D. Recent data indicate a pivotal role of this protein in the processes of muscle repair and hypertrophy following exercise-induced damage. Also vitamin D deficiency can cause myopathy of varying severity, and clinical studies have indicated that vitamin D status is positively associated with muscle strength and physical.

In this study the population evaluated will be over 65 years of the city of Saltillo, Coahuila, during the months of January to December of 2017, the population will be chosen in a random manner. The study design is descriptive correlational. Participants will be fully informed about the nature, purpose, procedures, and risks of the study to obtain their consent.

The variables used will be biomarkers associate withsarcopenia and quality of life.

Blood samples will be taken from each participant to assess vitamin D deficiency and adequacy, as well as existing polymorphisms and their association with the diagnosis of sarcopenia, as well as anthropometric measurements, physical performance assessment (SPPB) tests, activities (Barthel and Lawton), body bio-impedancemetry, double indirect method because it is calculated by formula from water and total body fat, the muscular strength will be measured with a hand dynamometer (hand Grip), as well as DNA of nutritional risk and the MNA (Mini Nutritional Assessment) for the evaluation of nutritional status.

A description of the results and findings will be made in comparison to studies performed.

Although there are certain complications associated with aging, among which Sarcopenia is found, besides being the result of multiple variables, which makes complex its pathophysiology, diagnosis, prevention and treatment complex. For this reason, it is important to investigate new options to contribute to diagnostic and prevention purposes that may help improve the quality of life of the elderly.

The association between the polymorphisms found and the use of biomarkers in the diagnosis of sarcopenia in the adult population of the city of Saltillo, Coahuila, Mexico will be discussed based on available scientific evidence and its implications for improving the quality of life in the elderly. 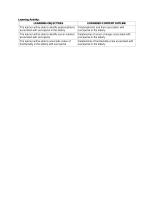 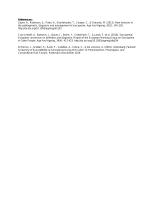