Background: The proximal fracture of the femur or hip fracture is one of the major health problems of the elderly people. It includes an increase in morbidity, mortality, functional impairment, costs and increases the degree of dependence and institutionalization of these patients in a year of fracture.There are studies that estimate that, worldwide, the incidence of hip fracture will exceed 6 million in the year 2050. Some authors have already used the term epidemic to qualify this increased incidence in proximal fracture of the femur. Overall hospital mortality is 5%, ranging from 2% to 8%. Reaching 30% of patients at 12 months of fracture. And sin was reduced during a long second half of the last century. Its cost attributed to our environment is high. In the United States of America, it stands at about $ 20 trillion, a fact that does not oblige to prioritize not only preventive measures but also the most efficient rehabilitation alternatives.

Rehabilitation must begin from the moment of admission. It is important that the patient and the family know the chosen therapeutic plan, along with the recommendations for the post-hospital discharge. Many patients with hip fractures have to remain with disabilities and it is important that they receive the necessary explanations to restore their state of mind. Therefore, early mobilization reduces the percentage of complications due to conditioning syndrome, respiratory complications, pressure ulcers, the risk of deep venous thrombosis and delirium, to which elderly patients are very susceptible.

The main postoperative goal in early rehabilitation, beginning with the mobilization and multidisciplinary rehabilitation, according to indications of the Traumatology and Rehabilitation services in general, must first, if the general conditions of the patient permit, in the first 24-48 hours. The intervention, since the osteosynthesis through the fixations of the nail plate and the arthroplasty allow the load in the joint practically 24 hours after the surgery (always after the radiological control), although the use of prosthesis endomedulares usually delay the full charge until the third day.Despite advances in patient care and surgical techniques, very often, although the operation is successful in terms of healing fractures, the patient is unable to reach the level of function and independence before.

Since most adults who suffer from this type of fracture end the rehabilitation in their home where they are cared for mostly by relatives or primary caregivers who receive little or no training for care and mobilization by health personnel. Of opportunity that if they did not attend can cause the older adult to recover their basic functions, causes immobility syndrome, fear of wandering, pain and worse case a displacement of the prosthesis and a new recidivism of the elderly people. The hospital where it should be reprogrammed for a new surgery, involving a new expenditure in the health sector, a new type of bed in the hospital, which can be assigned to another patient in need.

Purpose:  Develop a standardized protocol aimed at primary caregivers of elderly people with hip fracture for proper mobilization and rehabilitation exercises to achieve a successful recovery of the functions prior to the traumatic event.

With this proposal of intervention is intended to put in place a standardized protocol for the care of elderly people with hip fracture, creating a Guide to Practice to guide the primary caregivers about how they must perform the mobilization and rehabilitation exercises to prevent hospital readmissions by displacement of prostheses or falls that the older adult were to be as a result of poor mobilization.

This project is aimed mainly at the primary caregivers who are under the charge of older adults with hip fracture so that they have the scientific basis about how to perform a successful mobilization and rehabilitation exercises. As well as to all staff in the area of health to learn more about this topic and to be able to better orient the time of hospital discharge both the older adult as the carer.

In terms of the benefits it has provided for the realization of this proposal range from: health institutions, patients and nursing staff which are:

For the institutions, the anticipated savings in health care costs by recurrences hospitallers by displacement and falls to the older adult with hip fracture, and thus these resources could be used in the care of other patients with multiple diseases chronic degenerative diseases, in improving the infrastructure of the health care clinics or in the purchase of better medical equipment or medicines.

For the nursing personnel, since with this protocol may be a further step in the professionalization and social recognition, and hospitable to improve the care of elderly people and avoid repercussions unnecessary for the health of this group of people. And with regard to the workload would be reflected as such interventions previously made by the staff to the elderly people that reincidió can be used in other patients and improve the attention and the quality of the nursing care.

For patients, because with a correct mobilization and appropriate exercises can recover their basic functions of daily life and thus avoid the functional dependence and psychological alterations by the process that is taking, so too could be reflected in less spending money for the purchase of medications or support teams.

Methods:  The present proposal is based on the model of transitional care. So also this research lies within the paradigm of critical-purposeful, even in the health field, where its actions should be eminently human, flexible and we identify potentials that are constantly changing and is justified because it allows us to deal with the various situations that will be present in the normal development of research which makes the problem more manageable.

Results: will be compared. Descriptive statistics, means comparison and correlation analysis will be used.

Conclusion: It will be analyzed based on the results, if the correct mobilization of an elderly people with hip fracture, based on a standardized protocol allows the reinsertion of the elderly people to their activities prior to the event, taking into account the scientific evidence available in the advanced nursing practice and its implications on positive health outcomes in Mexican elderly. 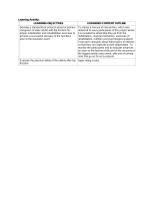 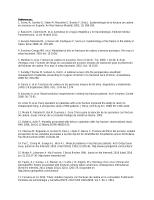