Tactile Perception and Advanced Age: Evaluation in a Specific Group of Elderly 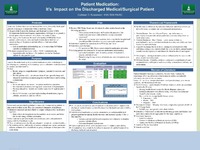